Where Fairy Tales come from …

Fairy tales are fancy, right? We’ve all heard at least one of them in our childhood and imagined ourselves to be in their shoes. What if someone told you that almost all the fairy tales are from central Europe, especially Germany, how would you feel? No way! Right?

In 2019, I visited Hameln. The name might sound familiar because the Pied Piper story is from a town called Hameln. The tale goes like this: The town of Hameln was infested with mice and the people were very worried. One strangely clothed man playing a pipe came to the town and promised the council to rid them of the mice in return for a bag of gold. He played a mysterious tune and all the mice followed him to the river and drowned. When the man came to claim his reward, the council turned their back. In vengeance, the man played another tune to lure all the children away, never to return to the town. I met Mr. Boyer, who is the official Pied Piper of Hamelin now especially during the Pied Piper Day, and he showed me around the city. I am amused how the city lives some part of the story every day!

Compiled by the Grimm Brothers, is the anthology “Children and household tales (Kinder -und Hausmärchen)”, which were basically folklores eventually transformed into fairy tales in Europe. It contained the stories of Pied Piper, Cinderella, Sleeping Beauty, Rapunzel, Snow White, to name a few. The book is listed by UNESCO in its Memory of the World Registry. When there were cultural and political crossovers from Germany to England, for example, George I of Hannover became the King of Great Britain and Ireland in 1714, these stories started getting translated to English in 1824; and after that, it reached the rest of the world.

Trivia 1: The fairy tales had a big impact in India, especially Bengal where they first arrived. It inspired many to collect and publish folktales from Bengal. The first published collection by Dey and the explicit mention of the Grimm Brothers suggest that it had reached Bengal by 1833.

Trivia 2: A few stories from the fairy tales were translated and a few were even adapted in local languages across the world. For example, the story of the Pied Piper of Hamelin is more popular in Bengal (India) and Bangladesh as “Hamiloner Baanshiwala”.

If you are the kind of person who likes traveling and romanticism, maybe check out the “Fairy Tale Route” in Germany. That would be the world of fairy tales, with medieval European towns, bewitched castles, forests, and captivating sights! While on the route, you would see really incredible small towns, and also castles. You could find more details about it on their website. It starts at the birthplace of the Grimm Brothers, and it goes through forests, villages, highlands and flat roads, and roughly 20 castles and palaces. That’s one road trip students should not miss.

Trivia 3: Bad Wildungen is claimed to be the home to the legend of Snow White and the Dwarfs. The fairy tale festival there is legendary. 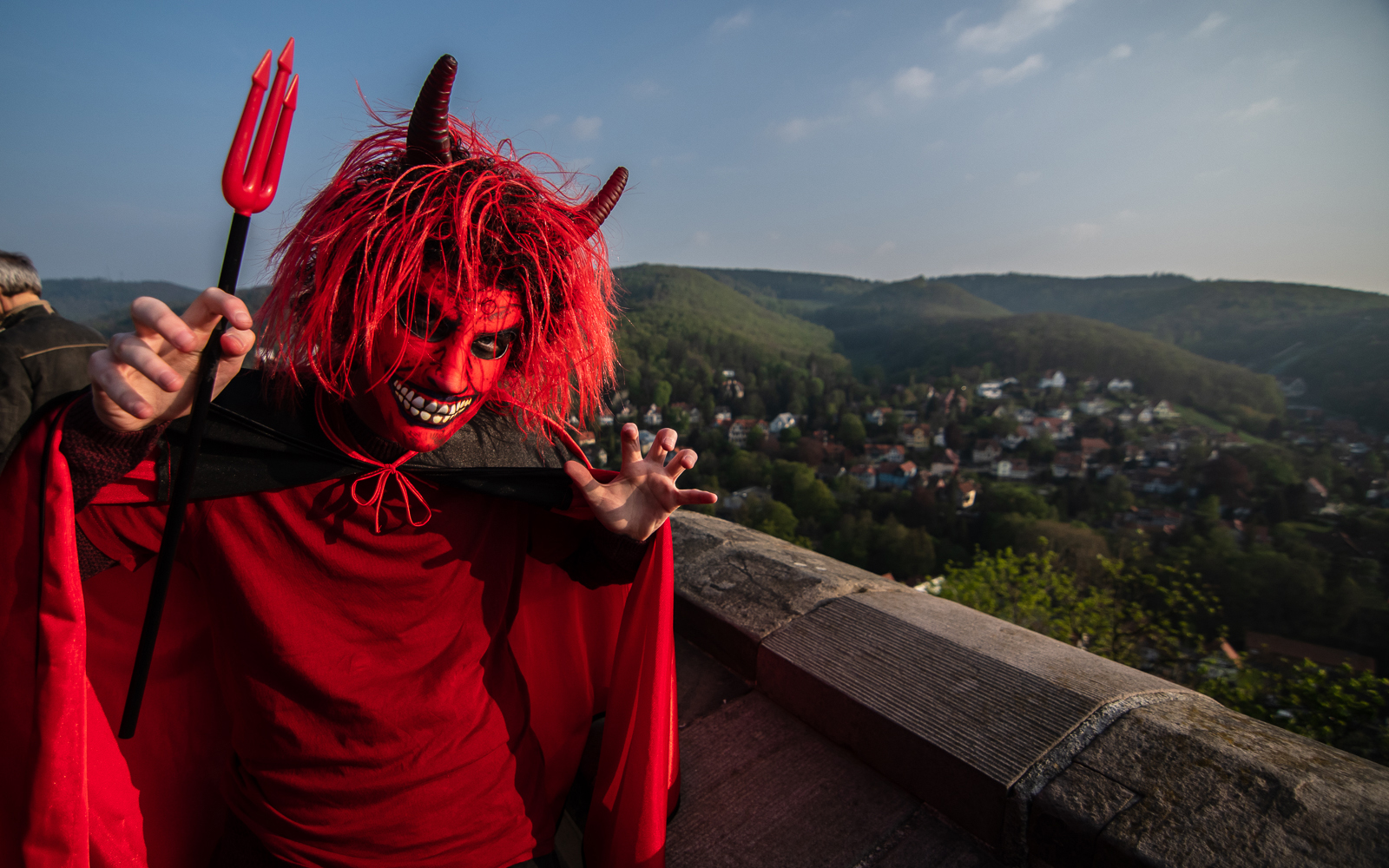 Image 2: A child dressed up as Satan during Walpurgisnacht at Wernigerode, Germany 2019.

There’s another route, called the “Romantic route”. It is worth mentioning the route here although it is not very related to the fairy tales. But there are other folk tales from these regions that are now fairy tales; for example, the stories of the witches in the Harz are legendary. I visited the Walpurgisnacht, or the night of the witches during 2019 (30 April) and I had fun! Also similar to these are the stories of Dracula, which originated in present-day Romania. There is Dracula Day on 26 May, so if you are here and free, maybe you would be interested to give the place a visit. There are more things, very specific to cities and towns in Germany. For example, in Magdeburg, there is a festival celebrating everything medieval at the Kaiser-Otto festival. You would need to discover the city/town-specific events and write about them on this portal to share them with everybody!

That’s all for this blog post. This is the land where fairy tales come from. Go travel, and live some time in the fairy tales!

Living life one phase at a time, finding problems and trying to solve them,travel to understand cultures and while doing that, photograph the journey. Hi,I am Anirban Saha

Login
Back to top